According to the Ministry of Health people will be vaccinated in phased priority.The first phase will vaccinate private as well as government health workers and people working in the ICDS sector. 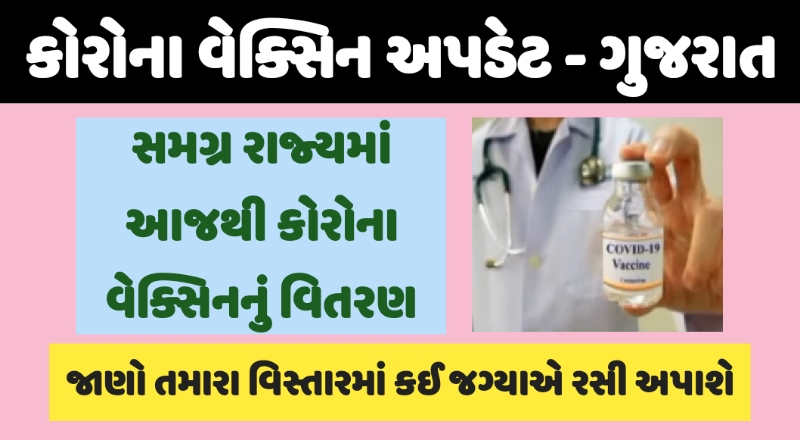 Sudhir Bhandari,dean of Sawai Mansingh Medical College in Jaipur,Rajasthan,will be given the first dose of corona vaccine.While others including security guards and helpers of a hospital in Madhya Pradesh will be involved in the vaccination.PM Modi has said that the country will enter a decisive phase in the fight against Korona on Saturday.He tweeted,Vaccination of Covid-19 will start on January 16 at the national level.

Both vaccines in India are effective

Union Health Minister Dr Harsh Vardhan has said that both the ‘Covishield’ of the Serum Institute of India and the ‘Covaccine’ of Bharat Biotech have met the safety standards. Both are important weapons to prevent epidemics. 1.65 crore doses of Covishield and Covacin are currently being given to the States as well as the Union Territories. States as well as Union Territories have been asked to vaccinate 100 people a day with 10 per cent dose reserve.

Covishield vaccine and covacin will cost Rs 200-295 in India.The government has so far procured 16 million doses. These include covishield and covexin. Initial doses will be given to health workers.

The Ministry of Health has written a letter to the states saying that the dose of corona vaccine should be given only to people above 18 years of age. It also said the vaccine would not be replaced. That means both doses will seem to belong to the same company.

The Ministry of Health has also given information about mild side effects after giving both vaccines. Pain may occur at the injection site after injection of Covishield. It can also cause headaches and fatigue.

The vaccination program will be launched online by Prime Minister Narendra Modi at 10.30 am. Meanwhile,Chief Minister Vijay Rupani and Deputy Chief Minister Nitin Patel will be present at the booth set up at the Ahmedabad Civil Hospital.The vaccine will then be given to other doctors as well as nursing staff and support staff. A total of 4.31 lakh health workers in Gujarat will be covered for vaccination in this phase.As per the target set by the Gujarat government, it is planned to give this vaccine to all health workers by the end of this month and from next month, vaccination will be started for the frontline workers of police, revenue and panchayat and people above 50 years of age.