Google Translate : Read from your mobile camera any word or sentanse. 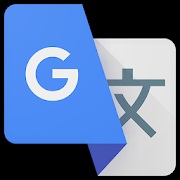 If you want you can type the English word and translate it. In addition, it will have the option of handwriting recognition translation, voice translation, and image translation. As soon as you start the image translation feature, the camera of your phone world cup starts working like a magical translator. After tapping on the camera, you will first need to download the instant camera language.
Below are the feature of Google Translate
• You Can Translate between more than 100 languages by typing.
• Instant camera translation: Use your camera to translate text instantly in 38 languages.
• Using Tap to Translate Language: Copy text in any app and your translation pops up.
• Translate Offline: You Can Translate 59 languages when you have no Internet.
• Conversation Mode: Two-way instant speech translation in 32 languages.
• You Can Use Camera Mode: Take pictures of text for higher-quality translations in 37 languages.
• Provide Handwriting: Draw characters instead of using the keyboard in 93 languages.
• Phrasebook: Star and save translations for future reference in any language.